The form and materials of Yellow Diva's 2UP candleholder were inspired by an outlawed Australian gambling game, where two copper pennies are tossed from a flat stick.

The simple game of Two-Up, where players bet on heads or tails, evens or odds, was popular with new arrivals from England and Ireland and quickly caught on, becoming particularly notorious amongst the convict fraternity. With the gold rush of the mid 1850s, its favour spread further afield across the continent but it was not until the early twentieth century, thanks to its popularity amongst the returned servicemen of The Great War, that the game was assured its iconic national status. However since its prevalence coincided with the emergence of the temperance movement, it was not long before anti-gambling strategies ensured the immoral pursuit was duly prohibited throughout Australia.

Even now it remains illegal to play the game in most states of Australia except on 25th April, the occasion of the annual Anzac Day public holiday.

Every edition of Yellow Diva 2UP carries hallmark brand stamps to the underside of each of the metal elements.

Yellow Diva's 2UP comprises two machined copper cups, each containing an organic beeswax t-light candle, placed upon a native Blackwood ‘kip' which cantilevers from a solid column of polished brass. The materiality of each component adds physical and metaphorical weight to the objects, ensuring the pieces are a pleasure to handle and reference both their geographic and historical context. 2UP candleholders are precision made from quality materials by skilled artisans in Melbourne, Australia. 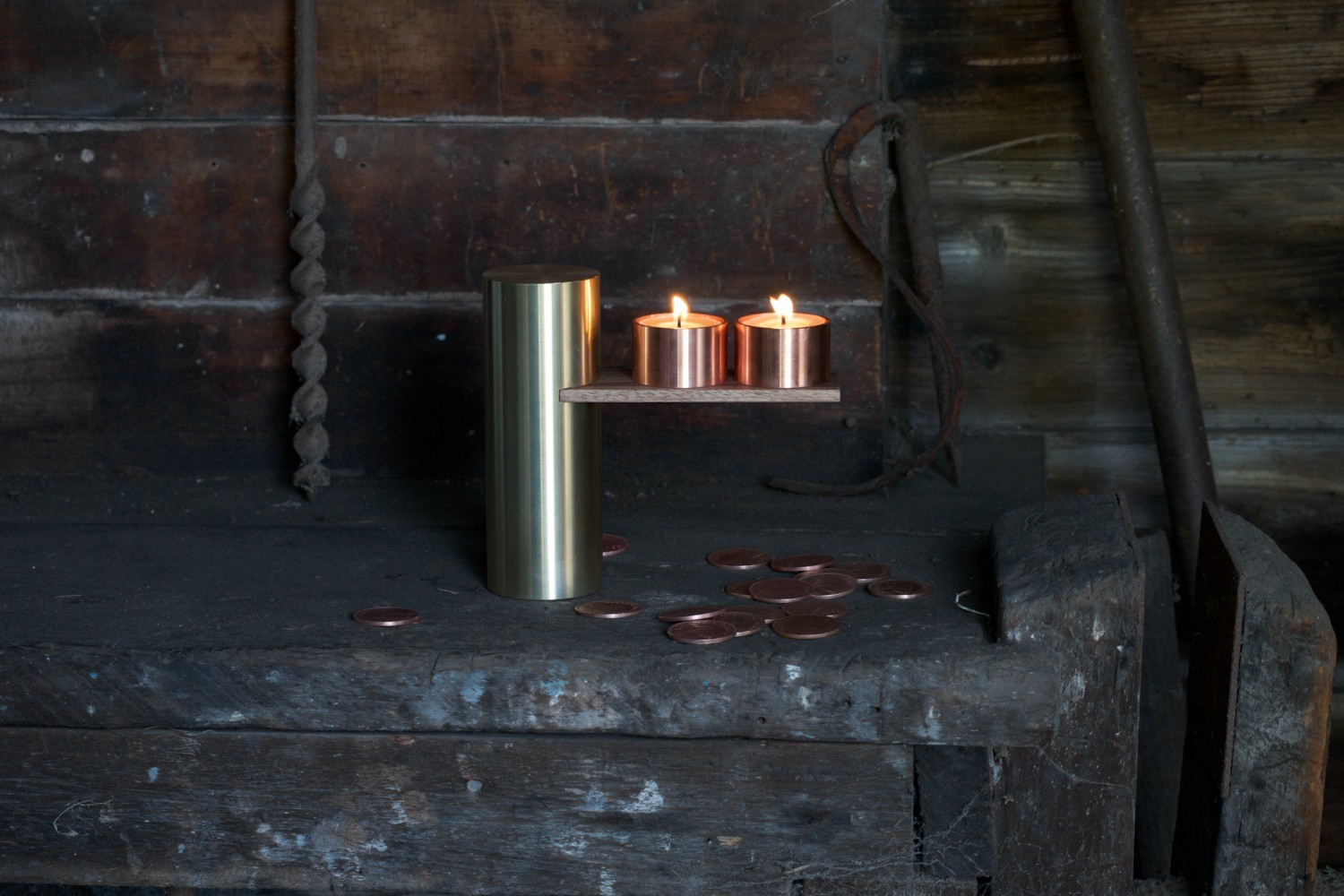