Why Yellow Diva and Nike chose Phibs for collaboration

In December 2017 Nike released 70 limited-editions of their legendary Air Force 1 shoes, each pair hand-customised by Australian street artist Phibs. A decade ago Yellow Diva also invited Phibs to make his mark on a piece of their furniture for Melbourne Fringe Furniture 2008.

In those days Phibs was based in Melbourne, working out of the prolific Everfresh Studio in Collingwood. He was already famed in the neighbourhood for his distinctive style, inspired by a fascination of the natural world, mythology and symbols of different cultures. His unique decorative aesthetique is instantly recognisable, with its skillful and detailed aerosol cut-back techniques alongside strong, decorative line work and bold colour palette.

Yellow Diva put the word out on the street, seeking expressions of interest from the local graffiti community to customise a piece of upholstered furniture. Phibs responded to the call and became the commissioned artist, taking on the chair as a blank canvas and making it his own.

Referencing tribal and urban tattoo art, the anthropomorphic lines of the furniture were further invigorated by the introduction of colour and pattern, overlaying and wrapping the object. The decision to use automotive spray dyes, rather than ordinary paints, meant the pigment did not merely sit on the surface of the object but penetrated its synthetic skin to become part of the fabric itself.

And just like each of the sneakers, the customised chair is quite unique. 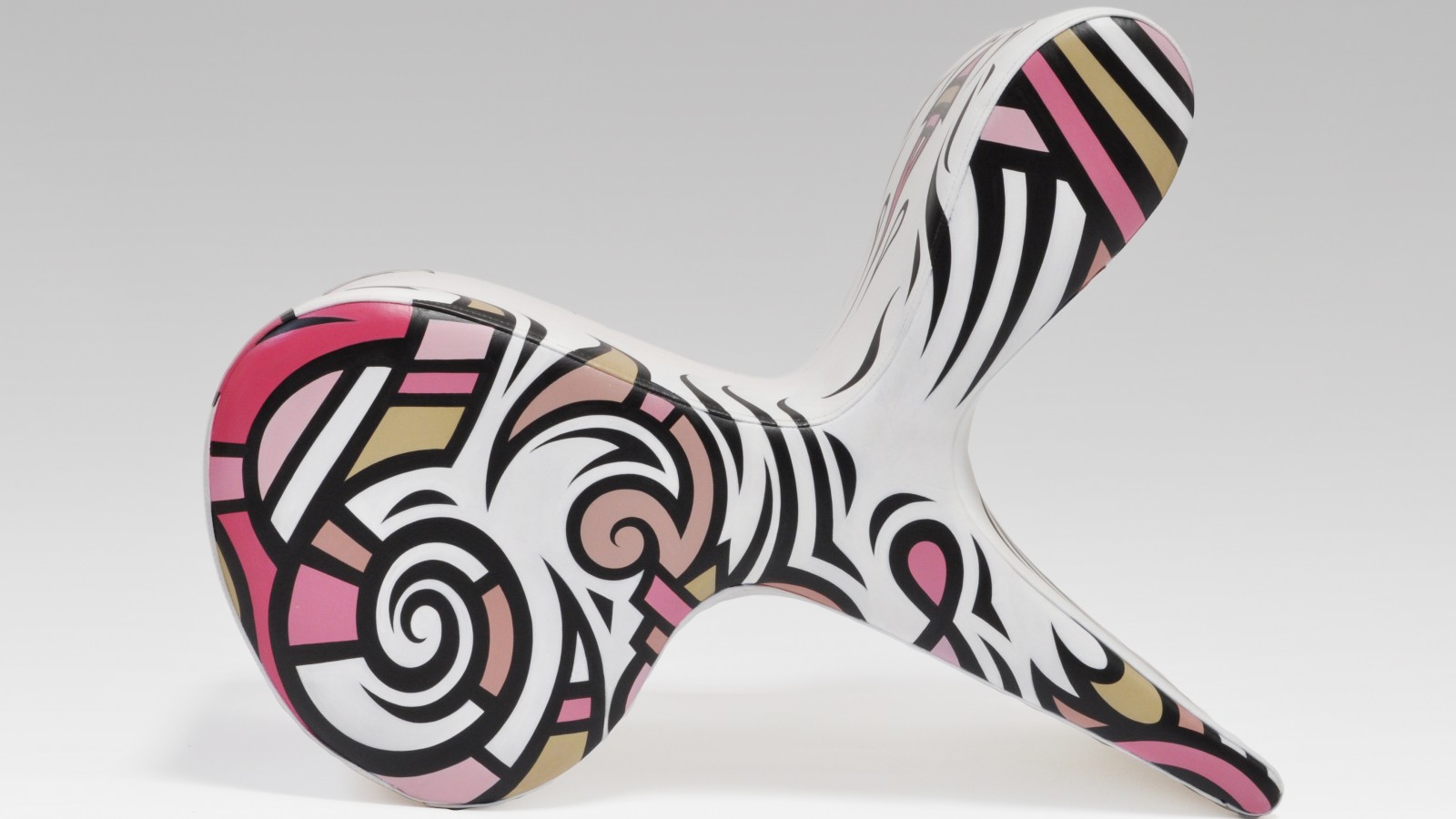 We had a couple of meetings and discussed our ideas around the concept of 'tattooing' the vinyl skin of the chair. A few initial sketches were exchanged and we dropped by his studio to check out some more work.

Entering the labrynthine depths of the Everfresh Studio in Easey Street was like stepping into another world. Every inch of the walls and floor of the shared space was crammed with colour and texture, paste ups and spray cans from the likes of Meggs and Rone.  In the end we just handed over the blank chair for a weekend and left him to it. The results were incredible.

C10 easy chair was one of the very first Yellow Diva designs. Part of the iconic C Series of sculptural furniture designed by emerging designers David Walley and James Davis, it was launched in 1995 at London's inauguaral 100% Design exhibition. The C Series is still in production and available to order through the studio in a huge range of coloured wools.

The custom chair remains in the designers' private collection. 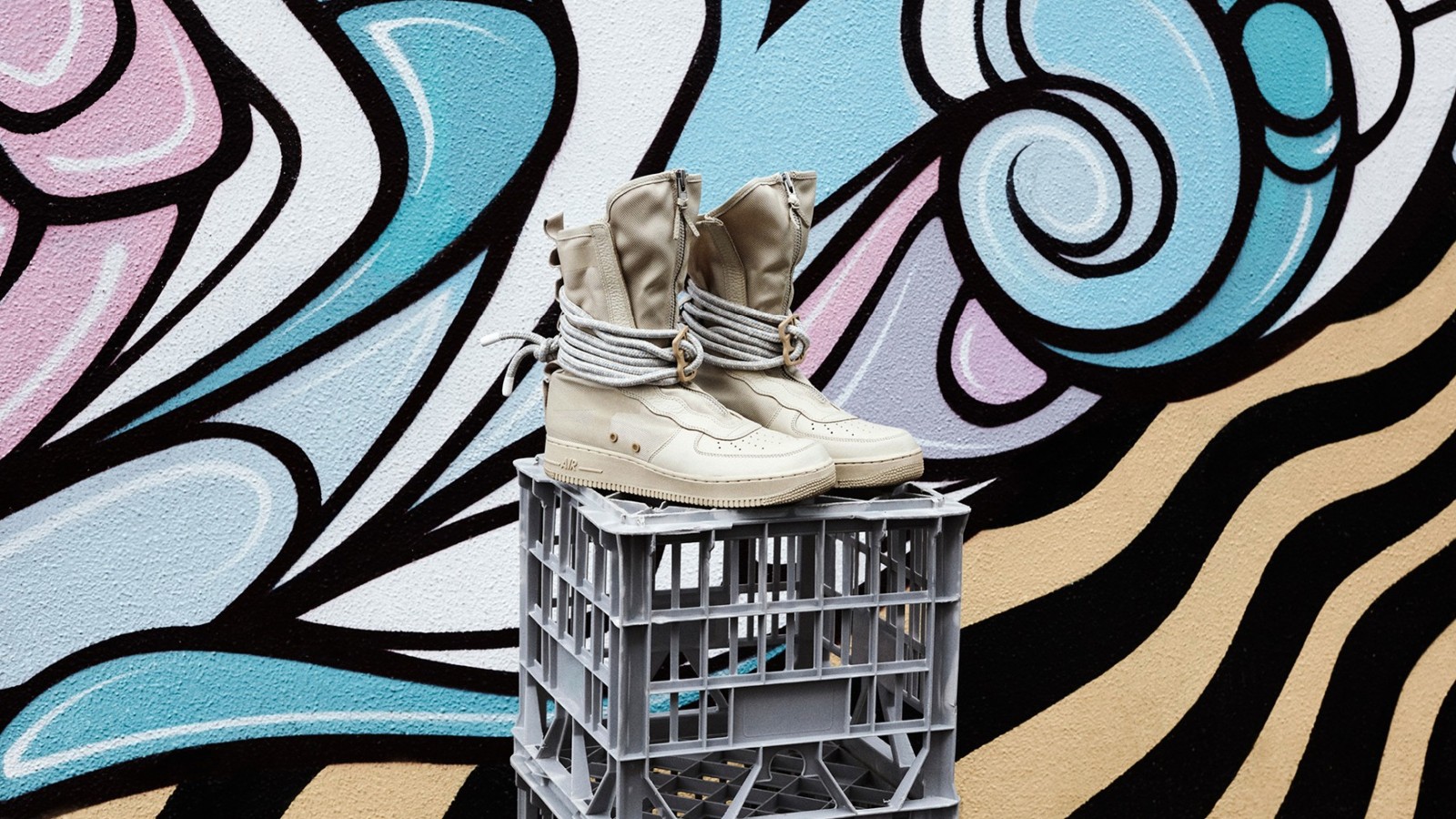 “I was always keeping [my sneakers] box fresh. When we'd go do a wall and paint, it looked really stupid, but we'd put plastic bags on our feet to keep from getting overspray on them.” 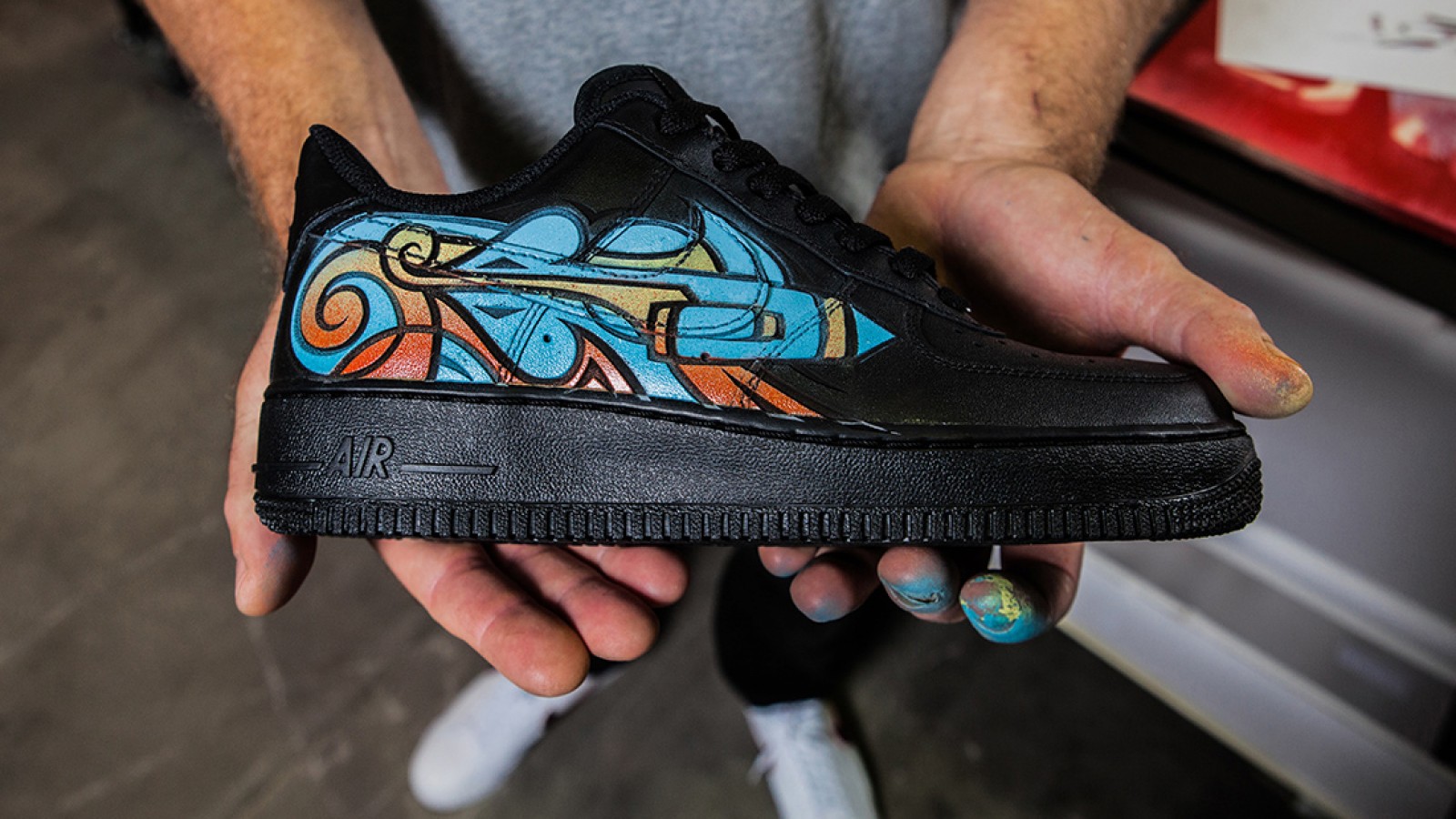 The Blank Canvas Project was Nike's first collaboration in Australia and all profits from sales of the shoes were donated to the YMCA to invest in basketball initiatives for local communities. 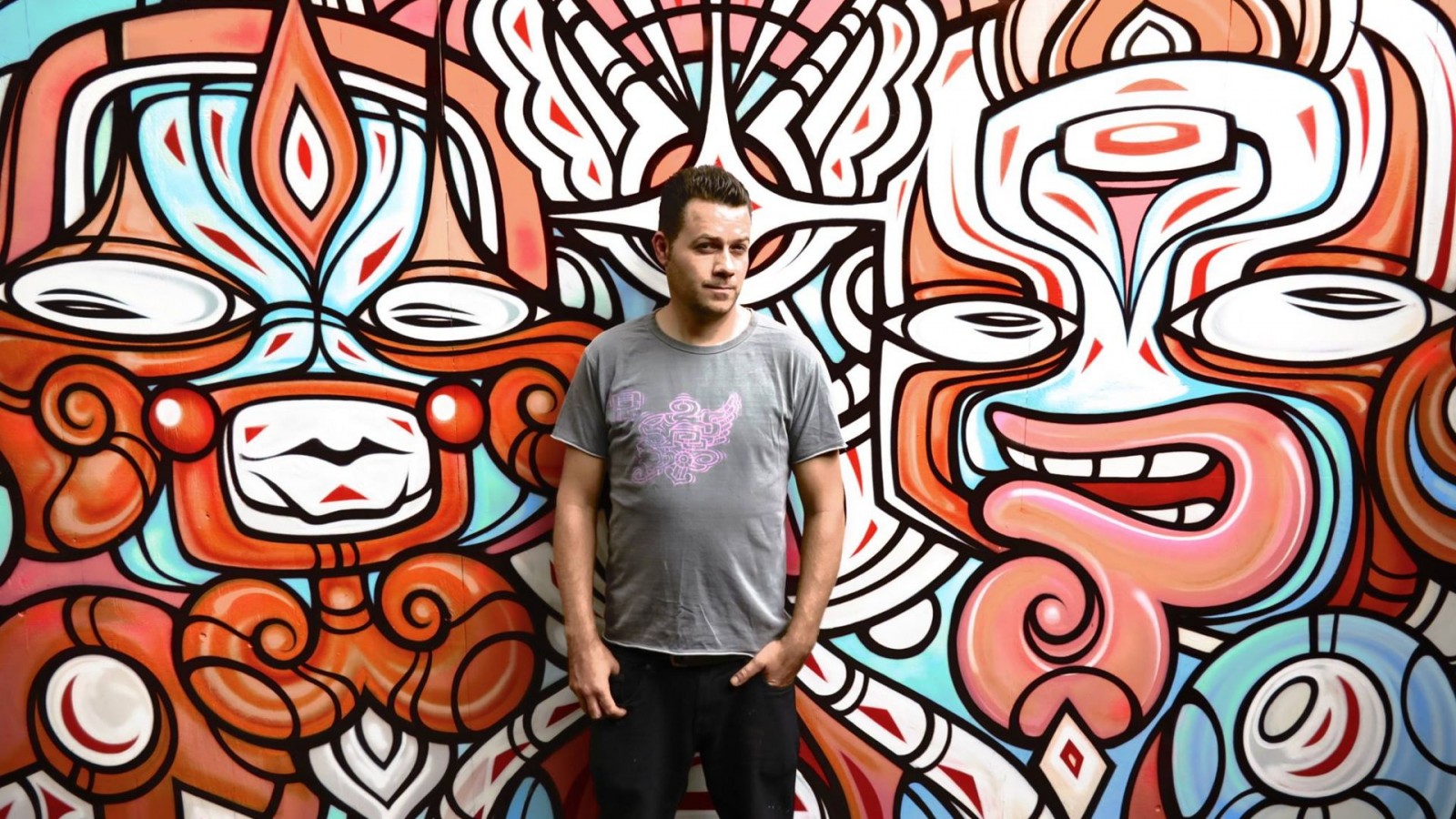 Photo credit: The Other Art Fair